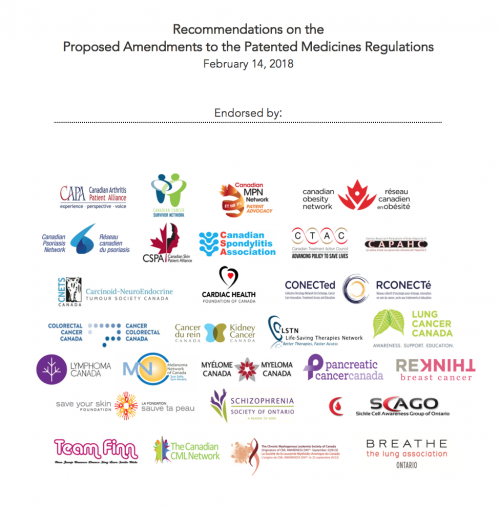 A group of Canadian patient organizations, mainly but not solely  comprised of cancer groups, responded to the pre-consultation call for input from the Patented Medicine Prices Review Board (PMPRB) on proposed amendments to the Regulations to the Patent Act. The response submitted by the patient organizations called on the federal government to ensure that there would be no unintended or unforeseen adverse consequences to Accessibility or Appropriate Use, the other two pillars of the federal health goals along with Affordability (the 3As), as a result of the proposed changes. In addition, many suggestions we made to address the issue of drug affordability underpinning the objectives of proposed changes.

The patients organizations believe that the patient voice must be heard on these proposed changes and are of the strong belief that, if enacted as proposed, the amendements may well result in: